My name is Randy Cain and on this website I will try to walk you through the bail bond procedures and explain the bail bonds system. Either you or a loved one must have been arrested not long ago. At this time anxieties are elevated and you just want to figure out how to get your family member home asap. By finding this page you have made the initial step to getting your family member home with you quickly.

When an individual is detained for a criminal offense, a Judge sets the bail according the severity of the criminal offense and the prior criminal background of the defendant. If the accused, or their family, is unable to pay for the full bail amount they will remain in the jail until their planned court date. This is a serious issue for lots of people that get arrested. Most individuals frequently have a job and family obligations, and being in jail for almost any prolonged amount of time could bring troubles.

People that discover themselves in this situation will want to have a bondsman arrange bail for them so they may be discharged from jail quickly. Hiring a bail bondsman beforehand is among the most intelligent steps you can take. When you’re under notable pressure and tension, the last thing you need to do is make the wrong decision. 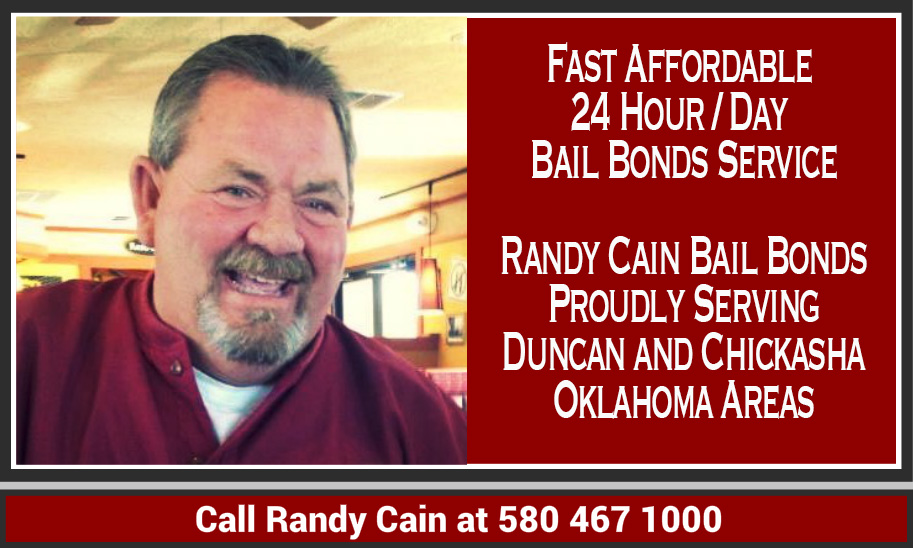 Just remember that you are not the only one. Here is a list of the most popular reasons for arrest in The United States of America.

For many of these cases working with a bail bondsman and a lawyer might be the only steps you need to take. The only way to know if your case is severe is to talk with a well-qualified bondsman or lawyer licensed by the state to aid you in these matters.

Although most bail bondsman in Duncan Oklahoma essentially offer the same service, you’ll understand there are elements that will certainly help you identify quickly whether you picked a trustworthy company or perhaps a terrible one. The first element is the time required to act. You need to work with a first-class bail bondsman that has your interests in mind. Your family member doesn’t want to remain in jail any longer than necessary. Remaining in jail is hard on the person in jail and especially hard on the friends and family at home. It’s certainly not fun trying to explain to the kids why mommy or daddy is not home tonight.
A bondsman in most cases charges 10% of the bond level. You will work with the bail bondsman to pledge collateral in the whole amount of the bond. You will be obligated to pay the Ten Percent in cash, cashier’s check, money order, or some other form of payment you and the bail bondsman agree to.

The bondsman will then make arrangements with the court and the jail to get you or your loved one released as soon as possible. The bail bondsman guarantees to the court that the charged person will show for their subsequent court date. 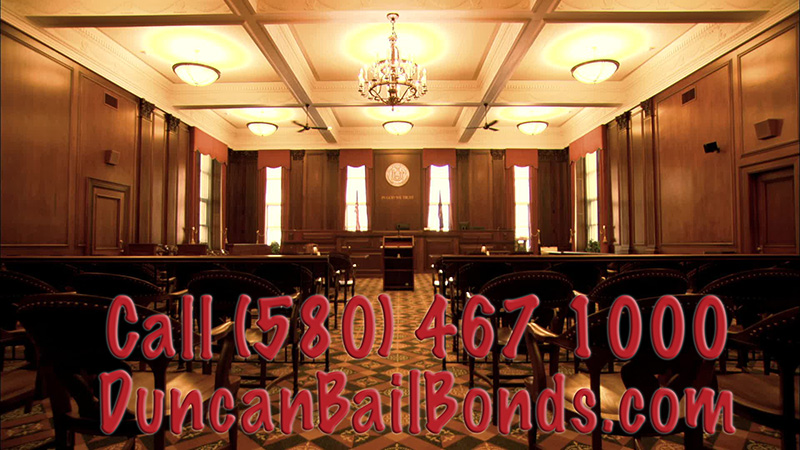 The bail bondsman traditionally wants you to phone once a week to check in with them just to make sure that everything is going good for you. This is an ideal time for you to ask the bail bondsman for references. Since they deal with the lawyers, judges, and the local court in Duncan Oklahoma regularly; they normally have a good referral for an attorney for your specific type of case.

Some defendants make the decision to attempt to skip their court dates. When this takes place, the court typically issues an arrest warrant for failure to appear in court. Now the bail bondsman is notified and must find you and turn you back over to the court or jail. Skipping court takes a bail bondsman that was on your side really helping you live a normal life waiting for your court date and makes him have to start tracking you down. This is the component of the service that most bondsman don’t have fun with. They have put up the entire amount for you to be discharged from jail. They need to find you and turn you back over to the court so they will not be charged.